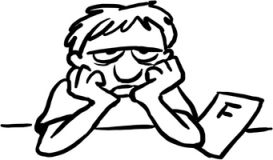 A century ago, people were dreaming of flying, trying and failing, falling on the ground. But why do people fall? Why do they continue to fight when all hope seems to be lost? I believe it is because it is in our nature to fight, to try to find something in the darkness of the things we do not understand, in the chaos that surrounds us……

Don’t over think it, don’t tell yourself what you are doing is more than what it is, don’t try to impress anyone. Don’t play it safe either.

Simply write like yourself, and write exactly what you want people to read.

As I have mentioned before I like to try to understand what the youngest generation says and thinks about the world today. In that vain I am a regular reader of a young Romanian called Christian Mihai. His blog is on my blog roll to the right.  Sometimes his youth and inexperience shows dominantly through but sometimes he also has streaks of wisdom beyond his years flash through his posts. I like the insight this young man gives me about the world today and about each of us who occupy space in it. Obviously I am not the only one who feels this way as he does have over 42,000 followers. I am envious in that regard.

The first quoted paragraph above got me to thinking about the difference between a century ago and now. Are we more cautious about things now than a century ago? I don’t know, I will have to think on that a while. He somehow puts a light spin using dark words. Failing is something none of us want to do. Some of us don’t attempt many things simply because there is a possibility of failure involved. I am definitely not one of those people. I fail frequently but the occasional successes are worth it.

I have started a dozen different blogs over the years and let most of the fail due to lack of personal interest or readership. I am currently in the process of starting yet another blog. This one about local history from across the U.S. One of the focal points will be to try to learn what has made us as a country a success and how we might get that fervor back.

Christian says “don’t over think it” but by the same token we must not under think it either. Fearlessly charging ahead is a symptom of youth. Fearlessly holding back is a characteristic of old age.  We must all try to live and experience life in between these two states. His last words in the quote above is a reminder to me to not try to write like someone else. Sometimes I self censor when I should just be saying what  I want people to read.  Some say I am bold in this area but personally I sometimes think the opposite….

2 responses to A Century Ago…