The Only Thing We Have To Do In Life Is Die….. 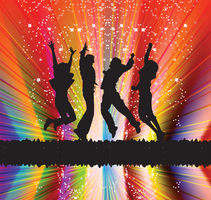 I just got finished reading a blog post with the above title. The conclusion that the author came to was therefore to do only those things that make you happy. While this very narcissistic world view is pretty prominent today it all comes down to “what makes you happy?” That question alone could fill a library. Happiness is a very transcendent term. I have lived on this earth longer than many and I have come to the conclusion that when you focus your life totally on yourself you will never reach any significant level of true  happiness.

Everyone, especially those of us who are beyond mid-life are very aware that death could be just around the corner. Maybe that is the only thing we “have” to do but there are a lot of things in our lives before that inevitable condition.  When I originally saw the post I immediately pre-supposed that the author would continue the sentence with “Everything else is a choice”. The author of this post it turns out is a young girl currently attending college so I guess I should excuse her for taking what I consider a pretty shallow approach to this deeply philosophical statement. I’m pretty sure that as she accumulates knowledge she will see quite different answers to this question. END_OF_DOCUMENT_TOKEN_TO_BE_REPLACED

I can only say with 100% certainty how I personally feel about things. I won’t speak for others in that regard. I will admit that as I am getting older I am strangely happier and more settled in my life than I ever have been. This is despite the fact that my body continues to tell me I am over the hill.  When I ran across this article this morning it told me that I am not alone in this regard. Here are some of the words from the source:

“We were astounded by how physical disability and self-rated successful aging went in diametrically opposite directions with aging,” Jeste told NBC News.  The results also suggested that the more resilient people are — or able to cope with acute stressors — the better they aged. Conversely, people who reported higher levels of depression were less likely to say they were aging well.

The new results are consistent with previous research that shows that people are depressed in middle age, but then become happier as they get older, Jeste said.  That may be because older folks likely have grappled with the most contentious questions of life — work, family, finances — and come to some resolution.   “As people get older, they are less bothered by negative stimuli,” Jeste said. “You take things in stride. Regret becomes less common.”

END_OF_DOCUMENT_TOKEN_TO_BE_REPLACED

When one door of happiness closes, another opens; but often we look so long at the closed door that we do not see the one which has been opened for us.  — Helen Keller

Helen Keller has always been someone who has inspired me in my life. I would dreadfully fear but can’t imagine being both deaf and blind. If anyone knows about closed doors I’m sure it is her.  Yeah, I must admit that I probably spend more time looking at closed doors than I do finding new open ones. That is just my, and probably most everyone else’s, way of looking at life.

It seems hard to be optimistic now days. There just seems to be so much darkness around us especially during this mud-slinging election year. I will try starting now to concentrate on the opportunities in life instead of the closed doors. As we grow older health issues seem to constantly shadow us. We all realize that one event at our age can be a life changer. Let’s all take Helen’s advice and always look for that open door instead wasting our time mourning the one that just closed….. 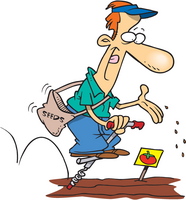 Intelligence and being happy I’m sure there is  some correlation but I am not so sure I would agree too much with Will’s assertion that if you are smart you are unhappy because your friends don’t know it?  To me  happiness is a state of mind. We choose to be happy or we don’t. Of course circumstances do affect our happiness but they are only a part of the overall equation.

We can all be happy in our current situations if we choose to be.  I am deaf and if I concentrated only on how that condition restricts my daily personal interactions with people it would make my unhappy indeed. The same can be said for almost any handicap. If you concentrate on what you can’t do as opposed to what you can you will most certainly be unhappy. But if you take the philosophy that these are the cards dealt to me and how I play them determines my happiness then a completely different result will occur.

Happiness is a state of mind. It is not an uncontrollable situation. We can choose to be happy whatever the circumstances or even choose to be unhappy even with all the material luxuries of life.  We hear of so many people who seem to have everything and yet are not happy.  Maybe the linchpin for happiness is being satisfied with what you have and simply enjoying the moment. But, that doesn’t mean that you can’t strive to better ourselves. Of course, being satisfied with what you have is very un-American. Our very way of life in our capitalist society depends on our citizens to constantly want more and more. If we quit an ever-increasing consumption then our country suffers, or so they tell us.

But what do I know…

And He Went Home One Night….

I, like so many others was saddened to see the death of Whitney Houston. She became famous just before I went deaf so I sort of remember some of her songs. She indeed had a rare talent. It sounds like from the initial reports that her death was at least partially caused by her addition to drugs and alcohol. Of course Elvis, and quite a few other rich and famous people have had a similar ending.

I’m sure Whitney had an entourage of people constantly around her to grant her every desire. She was certainly rich beyond what anyone of us common folks can even imagine. Why is it that so many with so much end up with tragic deaths? This brings to mind a song by one of my most favorite groups from the 1960s which was  a Simon and Garfunkel They had a song entitled Richard Cory.  Even after almost fifty years I can still recite much of those lyrics about how a poor guy who is struggling just to get along couldn’t understand how Richard Cory could be so unhappy to take his own life. I recently learned that this song was actually based on a poem written in the late 1800s by Edwin Arlington Robinson. Here is his poem.

Whenever Richard Cory went down town,
We people on the pavement looked at him:
He was a gentleman from sole to crown,
Clean-favoured and imperially slim.

And he was rich, yes, richer than a king,
And admirably schooled in every grace:
In fine — we thought that he was everything
To make us wish that we were in his place.

So on we worked and waited for the light,
And went without the meat and cursed the bread,
And Richard Cory, one calm summer night,
Went home and put a bullet in his head.

The fact that Richard, Whitney, Elvis, and many others had tragic endings is an affirmation of the old say “Money does not buy happiness”.  Those of us who by comparison have very little simply can’t understand how those much richer than us can be so unhappy.

You Live Longer If You Are Happy…. 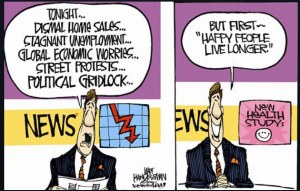 Here is an interesting article about happiness. It seems if you are generally happy in life you live longer.

We do know that happiness is associated with an extended life span,” she says. If we can get people to be happier, would that extend the lifespan? We don’t know that yet. Future research can definitely try to show that.”

So happy people live longer. Maybe that is why all the politicians and such are in the business lately of making sure that we are as gloomy as possible. The gloomier we are the less time we will spend collecting Social Security.  I think I have come up with the conspiracy theory of all conspiracy theories!!!