This Is Scott Walker’s Idea Of A Living Wage 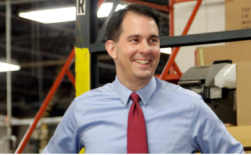 “There’s a lot of people out here in the working field doing what Governor Walker wants us to do: he says he wants us to be out here working,” said Branch, who identified herself as a supporter of Burke. “I was hoping that Mr. Walker would see [the complaints] and take account of these workers out here … he just needs to take a walk in my shoes.”

SOURCE: This Is Scott Walker’s Idea Of A Living Wage.

I know that Scott Walker’s fellow Wisconsin Republican Paul Ryan simply adores all of Ayn Rand’s teaching and a primary part of those teaching is that empathy has no place in a modern society. Empathy is basically about putting yourself in the shoes of others in order to understand their problems and handicaps. This article seems to indicate that Governor Walker believes the same thing.

To their, and Ayn Rand’s, mind empathizing with others is not one of the reasons they were put on this earth. But my hero is not Ayn Rand but instead Jesus Christ and he clearly told us that empathy is a critical important part of being one of his followers. He told us that all of life is about only two things: To love God and his creation, and to love each other. In my mind it is hard to have love without empathy.

Mr. Ryan says he is a devout Catholic but his words and actions seem to go against a primary teaching of that church. Of course it is not my, or anyone else’s place to judge Mr. Ryan or Mr. Walker but I would certainly like to hear both their apparent lack of caring for others and especially about government’s responsibility in those areas.

Shall We Celebrate the 1%? 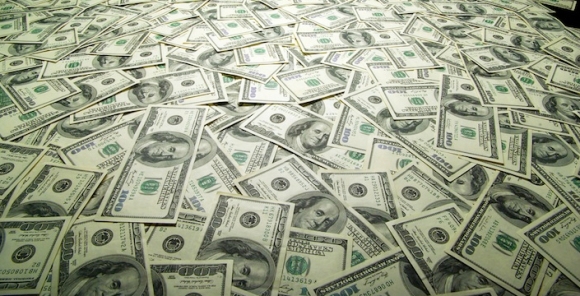 It continues to amaze me that there are Christians –both preachers and politicians- who seem to be much more interested in defending the honor and the interests of the very wealthy than they are to lending support to the less advantaged ones among us. Their priorities are the opposite of those reflected in scripture (James 2:1-7; 5:1-5). They will speak up for low taxes on the rich but not defend livable wages for the working poor. They will call for deregulation on businesses but not stand up for better consumer or environmental protections. They sound much more like the devotees of Ayn Rand than disciples of Jesus Christ.

The Ayn Rand worship by many including of course Rep. Ryan who says he is Catholic greatly confuses me. Ayn Rand was an in-your-face atheist who proclaimed empathy to be one of the biggest detriments to mankind. Isn’t Jesus Christ the absolute bedrock of empathy?  How do those who call themselves conservative Christians reconcile those facts? I just don’t know….

The United States’ ability to compete on the global stage has fallen for the fourth year running as confidence in the country’s politicians continues to decline. The finding is from an annual survey from the World Economic Forum (WEF).

Of the top 10 nations, the Netherlands and Germany have moved ahead of the U.S. The U.S.’ ranking dropped two places to seventh this year, the WEF says.

It is sad to see that the U.S. is falling behind in yet another metric. Our manufacturing base is quickly dwindling. Almost everything we buy now comes from outside our shores.  Our healthcare cost us more than any other country and still we die younger than many. Our military eats us so END_OF_DOCUMENT_TOKEN_TO_BE_REPLACED

Here we are on the eve of election day and I am strangely somewhat calm. I have confidence that the people of this country will put the good of the country above partisan gain. To me it comes down equally between “who can I trust” and “who will promote the common good“. I, like many of us, have been watching Mr. Romney for months now and the thing that bothers me the most is how he has flipped on issue after issue. END_OF_DOCUMENT_TOKEN_TO_BE_REPLACED

I am putting aside my usual Sunday post about things that inspire me in order to tell you about two milestones that are happening today in my life.

The first milestone is that today is my 66th birthday so I have officially survived my first full year of single-payer system health insurance. I have to tell you that it was great. END_OF_DOCUMENT_TOKEN_TO_BE_REPLACED

That is one of the questions that has been raised after Mother Jones magazine on Tuesday released a video of Republican presidential candidate Mitt Romney speaking to donors at a $50,000-a-plate fundraiser May 17.

“There are 47 percent who are with him [President Obama], who are dependent upon government, who believe they are victims, who believe the government has a responsibility to care for them, who believe that they are entitled to health care, to food, to housing, to you name it,” Mr. Romney says in the video

According to the fact checker Mr. Romney is saying I think I am a victim and entitled to food and housing and YOU NAME IT… He includes me and every one else who are over 65 in that group. He wants to get all us freeloaders off the government doles.

I must admit that I do collect Social Security and am on Medicare (I think maybe he is including me twice for that) but I must tell Mr. Romney that I paid 6%+ of my wages and so did my employer for over forty years to get those payments.

Since he has been in the campaign mode for over five years I know Mr. Romney drastically wants to be President. It is a “power” thing to him so he will do whatever he has to do to take up residence in the Oval Office.

But please Mr. Romney take me off your list and put some real number up there. Don’t call all of us who are seniors freeloaders. That attitude won’t get you many votes. But I guess since he was talking to $100,000 donors everyone except the 1%ers are thought to be the “takers” as Mr. Ryan’s hero Ayn Rands says it….